“The support is second to none. After emailing a query, it's usually answered within minutes.” Dylan Harris, Lupine Travel 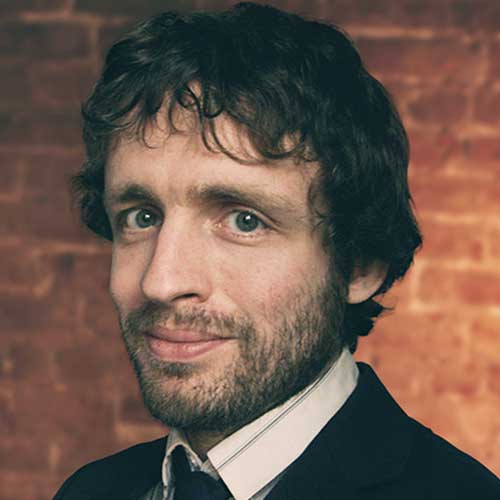 Lupine Travel is an unusual United Kingdom based tour company which specialises in Trans Siberian and North Korean destinations. Among the currently promoted itineraries are Chernobyl - the site of the worlds worst ever nuclear disaster on April 26, 1986 - and North Korea - a mysterious country completely shut off from the outside world since 1953.

Founded by Dylan Harris in 2007, Lupine Travel features these unique destinations at prices which are significantly lower than other Western tour operators for similar tours. The company uses only accommodations and guides that are known and trusted. Lupine Travel has been a valued 34SP.com client for over 6 years.

“I've always had a passion for travelling, especially to unusual places. I'm not interested in sitting on a beach for two weeks and drinking in bars with expats. The idea for Lupine Travel came up soon after traveling to North Korea a couple of years ago. I'd wanted to visit there for several years but other than spending a small fortune to travel with specialist companies, the only other way was to spend hours upon hours researching online for agencies in China that were able to help out. When you'd decided upon one, you're then left having to send large wire transfers to a firm that you can't be sure exists until you travel half way around the world and arrive there. Most of these firms don't have addresses, the only contact you have is an email address! When I arrived there, the consensus amongst other tourists was pretty much the same; it was difficult to find agencies offering the trips and when you did find them you were gambling over what would happen with your money! This also led me to realise there were plenty of people out there who wanted to visit these type of places, more than I'd originally thought. It's not a huge market, obviously; but it's growing and there is a definite gap for it. As travel becomes more and more widespread and increasing numbers of people get bored of the typical resort holiday, they're going to be out there looking for something different and unusual to do. So I think demand for the type of holidays I offer can only increase. The site was launched in May 2008. My prices were originally listed in Sterling but I soon changed them to Euros. This was a combination of the instability of Sterling over the past 9 months and also the increased interest in my site from all over Europe. I guess the main way it has evolved then was launching it as a UK firm but now considering myself a Europe wide firm and beginning to spend more time marketing it to mainland Europe than to just Britain.

“Over the 6 years I've been with them there has been barely any downtime and any problem has been resolved almost immediately, not to mention the extremely reasonable prices.”

The destinations I choose, are primarily places that interest myself. But they also have to have that something extra to them, something that isn't offered by other firms and makes people stop and think. I guess one of my aims is for people to discover the site and think about at least one of the destinations: "Wow, that sounds interesting, I didn't even realise you could travel there!". I want to offer destinations that change people's perceptions of travel and encourage them to visit places well off the tourist trail.

I understand that most people reading about the trips will immediately think they're dangerous. This obviously puts some people off and may encourage others who see the supposed danger as being part of the buzz and excitement of it. In reality however, there is no real danger involved. The crime rate against tourists in North Korea is the lowest in the world. You have government guides with you 24 hours a day. There are rumours of being sent to gulags if you diss the government whilst over there but in the odd case where this has actually happened the person in question has just been deported. Although I personally tend to think if you're willing to visit a totalitarian country and openly criticise the regime then maybe you belong in a gulag! Likewise, in Chernobyl the radiation is now back down to just above normal levels. The only danger here would be to escape from your guide and into the forest, rolling around in the moss and digging up and eating oversized glow in the dark turnips! All that said, it's still hard to shake off in your own mind an element of danger to it. It all adds to the excitement though when you're being searched and questioned by North Korean border guards or your heart is missing a beat as you wait for the results of the radiation scan as you leave Chernobyl!

34SP.com has always been fantastic for me. I use them for both this and the several arms of my other businesses. The support is second to none. After emailing a query, it's usually answered within minutes and always with helpful friendly service. As all of my business is done online with Lupine Travel a good host is really important and 34SP.com have proved to be just that. Over the 6 years I've been with them there has been barely any downtime and any problem has been resolved almost immediately, not to mention the extremely reasonable prices.”

Join Dylan and thousands of other successful businesses