“I constantly find myself treated with courtesy and efficiency whenever I contact the team.” Dr. Eamonn O'Neill, Journalist 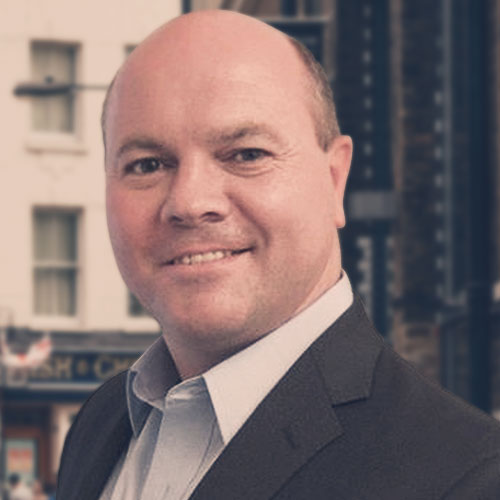 Dr. Eamonn O'Neill is an award-winning investigative journalist and academic with credentials that most journalists can only dream of. He has researched, produced, directed and presented investigative productions for Scottish Television, Channel 4, BBC and international channels including Discovery & National Geographic.

Over the years Dr. Eamonn has also carried out major groundbreaking investigations for almost every broadsheet newspaper in the UK and numerous international publications. Eamonn O'Neill's work has been honoured with national and international awards including: The Paul Foot Award; The British Press Awards; the Scottish BT Media Awards; and The British Film & Television Academy. He was the first British journalist to be awarded an American IRE (Investigative Reporters and Editors) honour in the Special Award (Tom Renner Award) category for his lifetime's investigative work on miscarriages of justice. In March 2010 Eamonn received a Strathclyde University Teaching Excellence Award certificate of recognition for 'outstanding teaching'.

Here is what Dr. Eamonn had to say regarding his eamonnoneill.com website and his experience with 34SP.com website hosting in his own words, “When I was a kid my heroes weren't in comics or playing first-division football. My heroes were journalists who reported from hell-holes and investigated bad guys and were voices for the voiceless. As a young boy and later as a pre-university teenager, legends like Charles Wheeler, Paul Foot, John Pilger, John Ware and Robert Keyes, came into my living room via TV nightly and captivated me. They presented complex investigations and told tough stories about important things. They seemed to have a morally engaged voice that spoke to people as adults and not children. They didn't act like celebrities and none were too worried about their appearances; they focused on their stories, their research and listened to people they interviewed. I wanted to follow in their footsteps and thats what I decided to do. In the past two decades I've made documentaries for Channel 4, the BBC and written countless investigative articles. I've travelled the world in the process and now am a full-time academic teaching about the job I love to the next generation at the University of Strathclyde in Glasgow. As well as lecturing I carry out specialist assignments, give public lectures, present investigative programmes and do business consultations. I am very, very fortunate to have worked with many of the people I once admired from afar as a little boy and now count many as close pals. So, years later, it's great to be able to say journalists are still my heroes.”

“I feel they treat me with the focus, speed and politeness I might have expected would be reserved for bigger fish.”

I've actually had my website for 5-6 years as far as I can recollect. I was recently told by a student researching digital media I was the first freelance journalist in the UK to have my own domain-named dedicated website. I was also informed in 2006 by the American Journalism Review (which is a bit of an industry bible in the USA) that I was the very first journalist in the world to use the phrase 'I carried out this interview via email' in an article I wrote covering the American elections in 1996! I asked them to double-check it, which they did, and yep, looks like I was the first. Bizarre! I thought it would have been some geek in Seattle! I say that because I foresaw the impact of new technology and resultant shake-up in journalism whilst living in the USA in the mid-late 1990s. Newspapers started losing money because readers' eyeballs were going to the net, reporters were being replaced by Agency bought-in stories, which meant the 'news hole' in papers shrank, and a bit like a restaurant diluting its soup, customers reacted by stopping buying the product. I noticed a few journalists were embracing the possibilities of technology, setting up their own sites and targeting niche, specialist sectors. Their own website acted as their freelance calling card. I copied this approach when I returned to the UK and never looked back. Some older colleagues and even some contemporaries were shrugging and saying 'Everything will be fine here...' and I was almost afraid to point to the gathering storm that was about to blow across the Atlantic. I wish I'd been wrong but I wasn't. When the chill set in, I managed to position myself to survive and even thrive. I've always liked the possibilities technology presents for journalists. My mantra is try everything, see what works, then dump what doesn't and move on.

I came to 34SP.com on the advice of a quite brilliant young man I know, Fearghas Macgregor who happens to also be my nephew. A masters graduate in Maths from St Andrews University, he really knows his way around the digital landscape of the UK and he was the one who sourced the company and designed my original site. He recommended it because of the excellent reviews and decent rates you charged. As with most decisions of that nature, he was 100% correct and I've stayed with 34SP.com ever since.

I now have a professional web-designer Peter Johnstone at Stream Media part of the Axis Media Group based in Glasgow. They're a highly-respected and very flexible business who've had clients ranging from local government, to small businesses to Disney, so they know their stuff. Peter Johnstone is a genius and he's shaped and redesigned my 34SP.com site a few times down the years. I feel I've really benefited from the partnership between the two.

For me, the chief strengths of 34SP.com are very easy to identify. The rates charged are highly competitive and products offered are state-of-the-art and aimed at small, medium and large clients. My site is designed for a one-man band in a freelance marketplace. Yet I constantly find myself treated with courtesy and efficiency whenever I contact the team. I know I don't pay the company a King's Ransom for their back-up yet I feel they treat me with the focus, speed and politeness I might have expected would be reserved for bigger fish.

A classic example of this was when I recently needed to move from a .Net domain to another 34SP.com .com domain. I also needed a bigger limit on my ability to download material on my Wordpress-based site. Ollie from 34SP.com guided me through this record time. I felt reassured, taken care of and, best of all, as if I had access to a genuinely nice bunch of people who were there to help me and treat me in a friendly, but not overly-familiar kind of way, either. They seemed to hit the mark with their customer service standards and that's not an easy thing to do these days. Best of all was the fact they delivered the changes I wanted promptly and correctly. Then they'd the decency to gently check-back and ask if I was happy. To say I was impressed would genuinely be an understatement. I have reason to contact the team a few times in any given year and the service is consistently very, very high. I plan to stay a loyal customer and I have spread the word to others planning new digital ventures. Whatever your size or area, they'll take care of you.”

Join Eamonn and thousands of other successful businesses