“The service is very reliable, which means that I don't have to worry about my website.” Diane Turner, Anthias Consulting 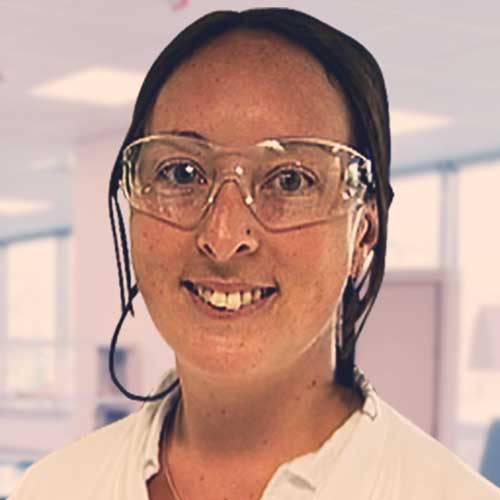 Anthias Consulting Ltd. provides its clients with hands-on experience in Gas Chromatography and all related techniques. Based in Cambridgeshire, United Kingdom, the company has clients throughout Europe, America and beyond, including multi-national corporations, small independent laboratories and academic institutions.

Founder Diane Turner has a deep history in Gas Chromatography. In her own words, “I studied chemistry as my first degree at the University of Warwick. After my PhD funding fell through, I worked in an environmental testing laboratory, which was the first time I became involved in analytical chemistry. After 5 months there I returned to Warwick to study for an MSc in analytical chemistry, 6 months of which involved a research project. I was fortunate to get a place in industry where the project involved both liquid and gas chromatography mass spectrometry (LC-MS & GC-MS), these are techniques for separating, identifying and quantifying substances in sample mixtures. The GC-MS research took off and resulted in my developing a new technique in this area, which I'm about to continue developing 10 years later through a part-time PhD at The Open University. My MSc project resulted in 2 job offers, one of these was to set-up and run an applications laboratory for a GC-MS instrument distributor. After over 5 years there I decided to take a break and spent 6 weeks surveying coral reefs in Fiji with Coral Cay Conservation (CCC) (I had previously spent 3 months with them in the Philippines after my MSc). Shortly after my return I decided to start Anthias Consulting, involved in training and consulting in gas chromatography.”

“The fast support and patience, via email, has always been very helpful during my learning process!”

The company's website, which is hosted by UK website host 34SP.com, has an interesting history which starts in the exotic island of Fiji. “We bought the domain anthias from 34SP.com before heading to Fiji, as we needed access to emails while away. Anthias are a type of fish who live in soft corals, we thought this name was quite apt for our surveying of coral reefs! My husband is an embedded software engineer therefore we asked around our techie friends who they recommended and 34SP.com was their answer. When we returned and I started to do some work, I needed to invoice my customers and consequently had to set-up a limited company quickly. We couldn't think of a name hence chose to use our existing domain, Anthias Consulting was incorporated in June 2005. I decided to design and write the website all from scratch myself using a free program HTMLGate and armed with an HTML book. It took a while but I learned so much and now have that background knowledge which is useful at times.

Two years later I had been involved in designing the new CCC website in Joomla, so when I brought together the group Consultants for Analytical Manufacturers (C4AM) a website www.c4am.net was needed I decided to teach myself, use Joomla and again host it at 34SP.com.

Last year I decided that more add-ons were needed on my Anthias Consulting website www.anthias.co.uk, I didn't have enough time to do it myself as the business had grown, therefore I asked a friend who had recently started out on his own in Canada to re-write it. A graphic designer friend reviewed the design and layout and made some slight tweaks, but the website is still essentially the same - just written in WordPress and with added features like online bookings for my training courses”

Anthias Consulting Ltd. has also been featured the Enterprising Women video 'The Voice of Enterprising Women'. Ms. Turner describes how this came about, “When I first started my business in 2005 at the time it was rare, so I was told, for a woman to start her own business, especially in science. A year later Enterprising Women was started and my business was one of the first to join, I have since received support and attended their events. I enjoy supporting other women starting their own businesses and also women in science and subsequently have been involved in Enterprising Women podcasts and more recently the video; a Prowess video filmed at the Open University where I also work; as a role model on websites like the UKRC GetSET Women; and am involved in events with the Cambridge Association of Women in Science, Engineering and Technology (AWiSE).”

Ms Turner also took a moment to explain why she values working together with 34SP.com for her online presence, “I enjoy working with 34SP.com mostly and probably strangely because I don't notice they are there! The service is very reliable (unlike some other providers I have worked with in the past) which means that I don't have to worry about my websitess. Upgrades to the service are fast and efficient and take place when they say they will. I'm not bombarded with information, promotions and sales. I like the ability to manage my accounts for both websites easily online, request upgrades, and the automated billing and reminders. The fast support and patience, via email, has always been very helpful during my learning process!

Recently, I had a request by my marketing company to create an SPF record. I had no idea what it was or how to do it but a quick email to 34SP.com returned a response outlining the information needed and how to implement it, as a result it was up and running pretty quickly.

In the future I can foresee that 34SP.com can provide for all of my company's needs. Long may the good support continue!”.

Join Diane and thousands of other successful businesses