With WordCamp Brighton 2017 just around the corner, we talk to two more speakers at this years event. We hope to see you down there this weekend, come say hi and catch Gabor’s and Rian’s talks! 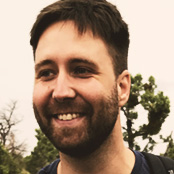 Tell us a little about yourself

I’m mainly a problem solver. The past 5 years of my life were with WordPress and WooCommerce through the agencies and the companies I worked for. This last year I’ve been freelancing and helping out some exciting companies to get their sites do the things they wanted to do when it comes to order processing or performance.

Outside of work, I’m an avid traveller. I really can’t answer the “where are you from?” question, because I never know whether it’s where I live currently, where I was born, or what was the last country I’ve been in before I arrived in the one I’m being asked the question.

I love languages. I’m bilingual (English and Hungarian), I know a bit of German and Spanish, and I’m currently studying Japanese. Oh, and american sign language. You can find me online at https://javorszky.co.uk

Can you give us a sneak peak into your talk, and what attendees should be able to take away from it?

It’s going to be about databases. Developing atop WordPress is very accessible, which is awesome as it brings a lot of people just starting their coding careers close to actually getting stuff done. That also means however that occasionally there are some missing pieces of knowledge when it comes to writing code which hurts site performance which in turn hurts sales.

During my work I had and have the privilege of looking into a number of huge sites’ performance woes, and a surprising amount of time it came down to how the data is structured and how they access / write that structure into the database.

What I’d like to do with my talk is to give a crash course into how databases (MySQL specifically) work, what are some of the lesser known but useful features, and to instil curiosity into the audience to look these up and do a deep dive into some of these topics. I also want to give them enough knowledge so they’d know where to start with all of this.

When I started coding on WordPress I didn’t know much about databases. It was a lot of reading, more reading, even more reading, and seeing the results.

It won’t help folks with existing sites looking for a quick fix. It’s mostly aimed at developers who are customising sites for clients or have their own plugins.

As a speaker at WordCamp I imagine WordPress features in your life in at least some small way. What’s your WordPress journey, where has WordPress taken you?

It all started on a rainy afternoon in a shed a decade ago… heh, no. My late grandmother once asked me to make her Quaker group a website. This was in 1996, I was 12. I started learning HTML (CSS wasn’t a thing back then). I never launched that one. In 2004 I volunteered to make a website for the European Architecture Students’ Assembly 2006 event which we hosted. It was a mix of flash for the attendees / sponsors, and PHP for the organisers. I knew that using a CMS would be neat because I did not want to code my own authentication and user management features after that.

Later in about 2007 I wanted to create our family company’s website, which was on Joomla. I don’t think I’ve ever launched that one either. Then WordPress came along when someone on a marketing forum asked me to tweak something on their site. It looked easy enough, I did the tweak and kept on reading about WordPress.

Interestingly the more developer-y part of it started with Thesis. I built one commercial website, started 4 others, and then I moved to the UK. There I took a break because needed to get my life started here, so waiting tables for a year and a half. I kept hacking at WP meanwhile in my (non-existent) free time though.

I landed my first agency job where I didn’t use WordPress at all except for the last project I’ve done for them. Then got hired by a (then) exclusively WP agency, and I stayed with them for two and a half. Worked on sites for Oxford University Press among others. Some of those projects were also WooCommerce sites and I realised I absolutely love solving hard-to crack problems. After that I worked for one of the 3rd party developers for Woo. During that time I learned so much about both Woo and their plugins. I became one of the co-organisers of the WooCommerce London Meetup. End of July 2016 we parted ways, and I’ve been freelancing since.

I’m still the organiser of the meetup group, and my life is still funded by the knowledge I have about WordPress, WooCommerce, its extensions.

Lately I’ve started to expand them though: looking into Laravel, database management, which is framework agnostic. I have plans to level up my coding with Go later.

I don’t know what the future brings for me, WordPress, WP + me. For now I’m having fun, enjoying the ride, the problems, and I hope I can pass on some of my knowledge to others. 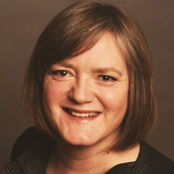 Tell us a little about yourself

In short: I’m a developer from the Netherlands with a love for semantic accessible code and a gardener in my free time. I work for the WordPress agency Human Made, here I work in client projects and do accessibility reviews. Together with the Make WordPress Accessibility Team I help to improve WordPress core. You can best find and contact me on Twitter (https://twitter.com/rianrietveld) or at WordCamps.

Can you give us a sneak peak into your talk, and what attendees should be able to take away from it?
The questions I’m asked most is: I want to build more accessible websites, but I have no idea where to start!

In my talk I want to give you starting points, things to do and don’t, references to good resources, examples, good and bad and test tools. But most of all, I want to change your point of view. The way you look at a website will never be the same.

As a speaker at WordCamp I imagine WordPress features in your life in at least some small way. What’s your WordPress journey, where has WordPress taken you?

I code since way back, when the dinosaurs ruled the earth. I wrote my first video game on a ZX Spectrum in BASIC using a tape recorder and an old TV. For the game I intended to have carrots raining down from the sky and a rabbit that catches the carrots before they touch the ground. Unintentionally I switched the images, so rabbits fell down from the sky for the carrot to catch. I gave the rabbit little parachutes, problem solved.
Fun times. I miss those days.

I started off live studying chemistry and learned coding by developing a Lab Information System for the research organisation TNO in the Netherlands. After my son was born, I started my own web development company for small companies and organisations and switched to WordPress in 2009 because I needed a decent CMS.

Because of my background of working in a laboratory I was used to work with quality checks and standards. So it was only natural that I adopted the web- and accessibility standards for my work. It’s kind of fixed in my system. So now I’m happy to learn everyone who wants how to work that way and show how it benefits accessibility and the quality of your work.

My WordPress story is on HeroPress. At least as it was 2 years ago. I was self employed then but now I’m super happy Human Made hired me last year. Because I can work in a team, on bigger projects and can do much more community work.

As for the future: I’m worried about the future of WordPress, especially the accessibility of the Admin, about the choices people make on the project and how they are made. I hope to regain the optimism I had 2 years ago. We’ll see.