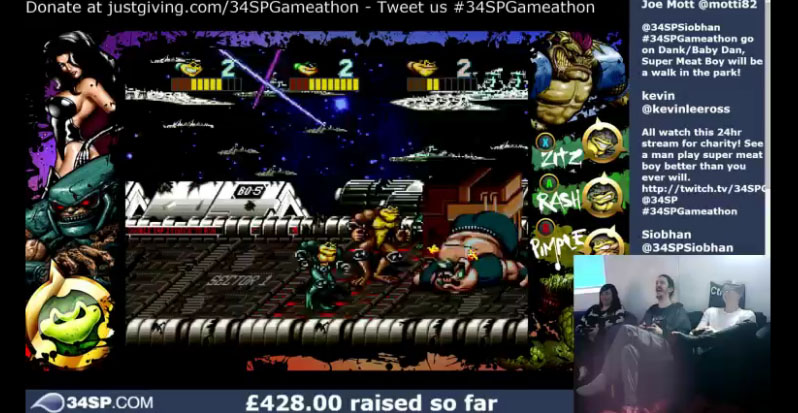 We’re delighted to report that not only did they manage to keep going for the whole 24 hours, they also smashed the initial fund raising target of £300, by raising £649.16. 34SP.com had agreed to match any money raised, meaning a grand total of £1,298.32 has been donated by 34SP.com to the charity Unicef.

All the staff at 34SP.com would like to say a big ‘thank you’ to everyone who posted kind words of encouragement on our Facebook and Twitter pages, and of course to those who generously donated to the JustGiving page.

The fundraiser for Unicef was a huge success and the staff look forward to planning future events. Later this week we’ll be posting a video of highlights from the event on the 34SP.com Youtube Channel.